Friday of the Nineteenth Week in Ordinary Time (August 17, 2018): The value of celibacy even in marriage 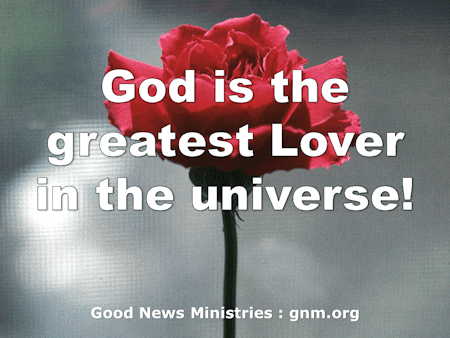 USCCB Podcast of the Readings:
ccc.usccb.org/cccradio/NABPodcasts/18_08_17.mp3

A reading from the Holy Gospel according to Matthew.

Some Pharisees approached Jesus, and tested him, saying,
“Is it lawful for a man to divorce his wife for any cause whatever?”
He said in reply, “Have you not read that from the beginning
the Creator made them male and female and said,
For this reason a man shall leave his father and mother
and be joined to his wife, and the two shall become one flesh?
So they are no longer two, but one flesh.
Therefore, what God has joined together, man must not separate.”
They said to him, “Then why did Moses command
that the man give the woman a bill of divorce and dismiss her?”
He said to them, “Because of the hardness of your hearts
Moses allowed you to divorce your wives,
but from the beginning it was not so.
I say to you, whoever divorces his wife
(unless the marriage is unlawful)
and marries another commits adultery.”
His disciples said to him,
“If that is the case of a man with his wife,
it is better not to marry.”
He answered, “Not all can accept this word,
but only those to whom that is granted.
Some are incapable of marriage because they were born so;
some, because they were made so by others;
some, because they have renounced marriage
for the sake of the Kingdom of heaven.
Whoever can accept this ought to accept it.”

Good News Reflection: The value of celibacy even in marriage

Celibacy is meant to be a gift, a great joy. Jesus confirms this in today’s Gospel passage when he speaks of those who renounce marriage for the sake of the Kingdom of God.

As someone who’s been married to the same man since 1975, I certainly know the joys of a physical union. But this is not what gives me the greatest pleasure in my relationship with Ralph.

Ignore all the media hype and social emphasis on the supposed “necessity” of having sensual pleasures to prove love and to feel loved. Forget the lies that are so prevalent in our world today, which claim that fun on a date means ending up in bed together. Sex is not needed for a close relationship, and there are plenty of other ways to have romantic fun.

This truth is misunderstood by couples who think it’s best to live together before the wedding. It’s unknown to young men who have said no to the priesthood because they don’t want miss out on sex and to women who have said no to religious life for the same reason. It’s been hidden from homosexuals who believe they must find a bed partner or else they’re missing something important. It’s not been explained well to couples who use artificial birth control because they don’t want to abstain for a couple of days during the woman’s fertile time.

Jesus acknowledges our physical, hormonal drives by saying: “Not everyone can accept this teaching.” At the same time, he makes it clear that those who don’t have physical relations are just as normal as those who do. Is it surprising that a quadriplegic can be happily married and that the spouse would find their spiritual and emotional union profoundly satisfying? Or that a priest would find complete fulfillment in a spiritual union with his bride, the Church?

With compassion, we who are married can support and encourage those who live celibately. This means including singles in our family events. It means being conscious of what we wear, dressing modestly instead of looking like a temptation. It means taking a stand against entertainment that promotes marital physical pleasures without marriage between a man and a woman. And it also means taking time to educate ourselves about the difference between what scripture teaches and what the world says to the contrary — and why.

Since God gave us the gift of desiring physical intimacy, what’s the value of celibacy? Jesus implies that it’s better than being married. We know from the first part of this reading that he’s not against marriage. But why would he agree with his disciples when they said, “If that is the case between husband and wife, it is better not to marry”?

Note the beautiful description of God’s “wedding” (the covenant with Israel) in today’s first reading. We become his bride when we commit ourselves to loving him faithfully. Those who are single and celibate don’t have to divide their time and energies between God and an earthly spouse; they can experience giving love and devotion to God full-time and without a spouse getting jealous or becoming a distraction.

God is the greatest Lover in the universe!

Beloved Lord, may every couple give You the place You want and need to reign in their relationship. May every division or annoyance be surrendered to Your reconciling love. Amen.